All folk things come to an end….and so it is that we have decided to take a time-out to focus on other musical projects for the forseeable future.

We do however still have three shows in May to ensure that we go out on a bang. If you are in the area, come and have a blast with us one last time:

Thanks to anyone who ever put us on, put us up, bought a cd, heckled us (Sanne​, Niek​, Yvonne​, Holly​, Rudi​, Sabine​, Thomas​, Steven​), recorded, mixed or mastered our songs (Liedjescollectief, Floyd, Jordy), edited any videos (Klaas Jan, Robert) and especially David and Robert-Jan for being part of the band in the early years.

P.S. With a bit of luck we’ll be able to share some new music in the coming months too.

It’s Monday morning and high time for some new music. We’re delighted to be able to share our new single, ‘For A Second Or Two’, with you all. Thanks to Jordy Pama – Muziek & Audio and Floyd Atema for their help with recording, mixing and mastering, and to Robert Smeekes for putting this little video together.

We’re delighted to announce that we’ll be back in the U.K. for a run of 4 shows next month, armed with a new mini-E.P. and a handful of new songs.

See you on the road!
Pete, Matt & Léon 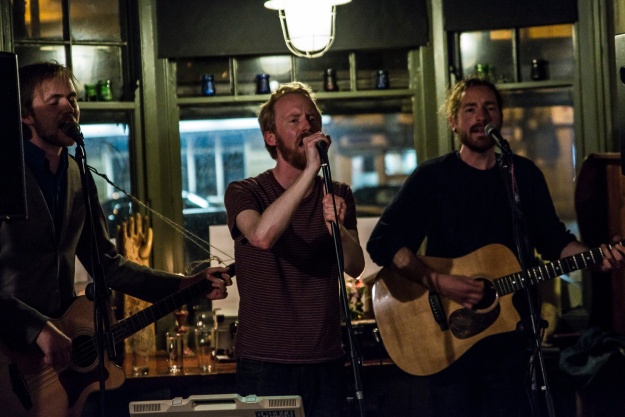 Last year was our most active to date as a band, with numerous shows throughout the Netherlands, Germany, England and Wales. We also released a new E.P., entitled ‘Stalemate‘, and started writing and recording songs for what will become our debut album. One of these recordings, ‘Trap’, is now available for your listening and viewing pleasure below:

A massive thanks to Jordy Pama and Floyd Atema for recording, mixing and mastering the audio, and to Robert Smeekes for filming and editing the video.
Thanks once again for your support!
Pete, Matt & Leon
Galleons

At the end of September we were back on the road again. In between a jam-packed weekend of shows in the Netherlands, we had just enough time to squeeze in a little live video:

The song shall feature on our debut album, due for release in early February 2017.
Before then we’ll be ending the year on a high in December:
– 15th December – Hofman Cafe, Utrecht
– 16th December – Podium Peter & Leni, Steendam
– 17th December – Sofa Concerts, Aschendorf, Duitsland

We’ll have more news in the coming weeks regarding the album and tour plans for 2017.
Pete, Matt & Leon

We made it back in one piece from our 5 date UK Tour. It was great to see some old faces, and to meet so many new people. Thanks to everyone who put us on, put us up, put up with us or bought a cd. We will hopefully be returning early 2017, armed with a new release.

This month we shall start laying down some new songs, which we can hopefully share towards the end of the year. 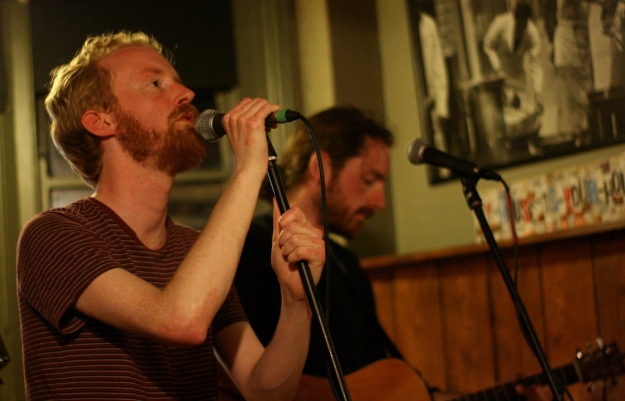 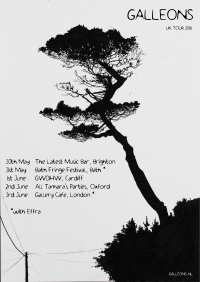 At the end of May we shall be playing five dates around the UK, including a couple with the brilliant Effra. It would be great to see you at one of them:

Thanks to Holly Dungan for the awesome poster artwork!

On 18th January we offically released our new ‘Stalemate’ E.P., which can be listened to in it’s entirety here:

To coincide with this release, we’ll be playing five gigs around the UK at the end of May and beginning of June, including a couple with the brilliant Effra. It would be great to see you at one of them:

Behind the scenes we have been busy writing and recording a handful of new songs. Now we are pleased to be able to share with you our latest musical offerings!

In each of the coming three months we shall be making a new song from our new “Stalemate” EP available online. You can listen to the first song “Rookie Error” here:

A belated happy new year to all of you!

We have been quiet of late. Our violin player is currently gallivanting through the Balkans with his band Folk Combo in search of inspiration and folk music. They are keeping a blog of their adventures, which you can follow here. We expect him to return in the Spring, fully inspired, to help us finish the new songs we have been working on in his absence.

In the meantime, here is a live video of our last show (which feels like ages ago), back in Utrecht in September. Rest assured, new shows are in the planning for later on this year.